So I just finished looking over a Workers Comp Shock Audit for a small California contractor. For those who came in late, a Shock Audit is where the audited premium for a Workers Comp insurance policy is unexpectedly much higher than the original policy premium.

Turns out, it looks like this is one of those frustrating times when it doesn't look likely I can help reduce this Shock Audit. But it is nonetheless an illustrative case study of how employers, particularly small employers, can get clobbered by one of these Shock Audits.

In fact, this case illustrates three different ways in which employers, particularly California contractors, can get blindsided about the cost of Workers Compensation insurance. 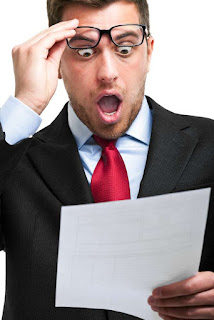 First off, this employer was puzzled because the policy had been one of those "pay as you go" setups, where premium gets calculated monthly based on actual payrolls. These programs are often touted as providing a solution for the problem of unexpectedly high audit bills--you know, Shock Audits--so this employer was puzzled as to how he could be getting a Shock Audit. So that's the first element of our triple whammy case study--the "pay as you go" fallacy that it solves the problem of Shock Audits.

The second part of the triple whammy comes in because this Shock Audit is an 'estimated audit". I know, I know, a classic oxymoron like jumbo shrimp, but the COVID-19 pandemic has made these "estimated audits" more common, as field auditors were unable to get out into the field to conduct real audits. So forms were sent out to employers, many of which were themselves shut down or disrupted by the pandemic, and many smaller employers were unsure of how to complete the forms, or were just too disrupted by the pandemic and the associated business crisis to respond.

An estimated audit isn't really an audit at all--it's the insurance company's educated guess (and often a bit of a worst-case-scenario guess as well) about what the final premium should be. But rest assured, if an estimated audit isn't paid on a timely basis, an insurer will send it out for collection efforts, just like was the case with this small contractor.

But the final blow of our triple-whammy came thanks to a unique California trap for contractors: Dual Wage Classifications.

California has a unique bunch of Workers Compensation insurance classification codes that apply for construction work in that state. These classifications are bound pairs, so, for example, this client had two carpentry classes shown on the policy, a cheaper class with rates just over $8.00 (for workers paid $32 per hour or more) and a much more expensive class, with rates over $22 per hour, for workers paid less than $32 per hour.

Both classes were on the original policy, this "pay as you go" policy, but all the policy's estimated payroll was the cheaper class, with the more expensive class shown with "If Any" for the remuneration.

So month by month, under the pay as you go system, this employer reported actual payrolls and they got applied under the cheaper class.

This happens because the rules for these Dual Wage Classifications are detailed and a bit onerous and often not well explained when the policy begins. But auditors are trained and motivated to enforce these rules on the audit;

I've written in more detail about the problems with the Dual Wage Classifications before. It can be a nasty problem because many small contractors don't learn about the rule requirements until it's too late to do anything about it.

I've explained the situation to this particular small contractor, and if he can produce the required time records then I can definitely help reduce this Shock Audit. But if he didn't keep sufficiently detailed time records, as I fear he may not have, there may be no recourse here.

This one is a very frustrating example of a Shock Audit that exemplified multiple problems with Workers Compensation insurance. Fingers crossed, perhaps I will be able to help these folks, if they kept detailed time records.