Lights Still On At Illinois Insurance Department, But No One's Home For Small Biz Anymore 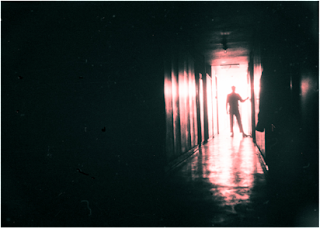 Some years ago, I wrote a piece that was headlined "Will The Last Person At The Illinois Department of Insurance Please Turn Out The Lights", that was focused on the diminishing institutional expertise and commitment at the Illinois Department of Insurance when it comes to employers who want to dispute their Workers Compensation insurance charges.

I have kind of a special perspective on that subject, because for more than thirty years I've been helping Illinois employers (and especially small business employers) dispute inflated Workers Compensation insurance charges. And over the course of all those years, and all those disputes, I developed something of a working relationship with the Illinois Department of Insurance. I found that the department would generally try to find a way to informally encourage insurance companies to do the right thing, when I brought to the department's attention situations where it was pretty evident that insurance companies had broken their own rules and as a result overcharged an employer for Workers Comp insurance.

It was an informal process, but that meant that employers could avail themselves of it, with a little assistance, without turning it into an expensive legal case. And while I do plenty of work as an expert witness in legal cases where there is a dispute over Workers Comp insurance premiums, those litigations tend to be, of necessity, fought by larger employers with the financial resources to fight large insurers in court.

For small business, it was the Department of Insurance or nothing.

And now, based on the clear input I'm getting from higher-ups at the Illinois Department of Insurance, it's going to be pretty much nothing, because nothing is essentially what the department is now willing to do when small employers dispute Workers Comp premiums.

Let me give you an example. Illinois has had a unique statute that went into effect January 1, 1984. I know this statute well because I consulted on the language of the statute when it was being written. That statute, section 462.b of the ILCS says that if an insurance company overcharges an employer because of an error in Workers Comp classification, payroll, or other rating factors, the insurer has to refund that overcharge.

Since the law went into effect January 1, 1984 it kind of was self-evident what the effective date was. This week I got an email from an Assistant Deputy Director of the IL DOI that the department could not communicate to an insurer what the effective date of that statute might be. This insurer had asked if the department could clarify if the statute meant that it said, that if an insurer had overcharged in the past it had to refund that overcharge, even if discovered years later.

About a month ago, I provided testimony before the Illinois House of Representatives about how non-existent Workers Compensation insurance rate regulation was in our state. And I shared a recent case of ours, where we were able to negotiate a refund of around $100,000 for a small business in Broadview, Illinois, because their past insurance companies had mistakenly used the wrong classification and rates to compute their premiums.

Part of the reason we could negotiate those refunds was that the insurers knew we could go to the Department of Insurance if they did not make a good faith review of the facts.

And so small business in Illinois are now losing the benefits that the department provided, limited though they always were, to dispute Workers Comp insurance premiums.

There are some more formal appeal processes still remaining, of course. There is a Workers Comp Appeal Board run as a joint venture between the insurance department and the NCCI. But that board is limited as to the issues it can accept for review, and limited regarding how far back in time it will review premiums.

There is also a more formal hearing process at the Illinois Department, a process that is a legal hearing (and thus, no employer in his or her right mind should go there without having retained an attorney, in addition to retaining an expert like me) so these hearings are an expensive proposition from the get-go. I have had more than one small business client give up on a legitimate dispute because the cost of retaining legal counsel was more than they could justify. And so they reluctantly closed their doors, because an insurance company was seeking excessive and improper premiums and they couldn't afford to fight it at a legal hearing--and without Workers Comp insurance they couldn't legally stay in business.)

So the lights are on at the Illinois Department of Insurance. But if you're a small business who's being overcharged by your Workers Comp insurance company, there's nobody home there anymore.