So the final shoe has dropped for the Ponzi scheme that was Guarantee Insurance Company/Patriot Insurance. Insurance regulators finally figured out last year that this operation was, by all reports at least, a scam of the first order.

Anecdotal reports indicate unqualified personnel being hired for important positions and an utter lack of underwriting, along with absurd pricing discounting to shovel in as much premium as possible before the inevitable collapse.

But CEO Steve Mariano got over $15 million transferred directly from Guarantee to himself before the collapse. And now injured workers who were "insured" under policies issued by this outfit are waiting for their medical bills to be paid and their disability checks to arrive.

I remember a day when regulation of Workers Comp insurers was designed to prevent this kind of bullshit. It wasn't always completely successful, of course, but it made things a lot more difficult for the crooks and schemers. 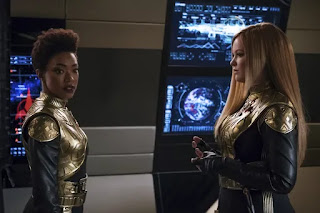 So there's this "Insurance Regulation Report Card" put out annually by a partisan "Think Tank" called the R Street Institute that grades state insurance regulators. The 2017 "Report Card" just came out and gives Vermont an A+ but Delaware, Massachusetts, Louisiana and North Carolina got an F.

This R Street "Think Tank" was set up by a bunch of folks from the Heartland Institute, a conservative and libertarian "Think Tank" based in my home state of Illinois. So both institutions would seem to have a conservative bias. You might think that would make these organizations boosters for business, but this "Insurance Regulation Report Card" put out by R Street is kind of the polar opposite of that, for what would appear to be ideological reasons.

Y'see, this "Report Card" mainly measures how little insurance regulation exists in a state, consistent with conservative views that diminished government oversight is always desirable. So from the point of view of businesses who have to deal with the cost of Workers Comp insurance, this Report Card is like something from the Mirror Universe in Star Trek--good is bad, evil is virtue, up is down. The only advantage the Mirror Universe typically offers is better looking uniforms, so maybe the regulators up in Vermont get to wear kick-ass black leather. And goatees.  But I digress.

The R Street folks even specifically praise what happened here in Illinois last year, where efforts to create an alternative source for Workers Comp was shot down by Governor Rauner--a long time friend of the Heartland Institute, I believe.

So some insurance companies have been coming up with insanely-complicated rating plans for Workers Comp insurance, rating plans that appear to have been designed to be impossible for those who purchase the insurance to ever understand.

And even when more traditional rating plans are used, insurers have plenty of room the manipulate the system to achieve higher premium charges, no matter if manual rates produced by NCCI have been declining. Those NCCI rates are the classic definition of "suggestions", nothing more.

And if an employer wants to dispute the premium charges made by a Workers Comp insurer, increasingly that dispute requires hiring a lawyer and going to court, because administrative remedies have been withered by reductions in staff and budgets in many states.

Now, that language is a little deceptive, I believe. Insurance involves unilateral contracts, contracts of adhesion that are drafted by insurance companies. Larger employers may get the benefit of a couple of competing proposals from different insurers, but that is a far cry from actually being able to "choose the insurance products they want". The truth is that, in the best of situations, employers may be able to choose among a couple of proposals that differ in some details but all of which are likely to be difficult to truly understand.

So for example, for many employers with premium size over $200,000, it is likely that the only proposals offered will be some kind of "loss sensitive' program--and nowadays, that means a complicated rating plan that combines Large Deductible features and Retrospective Rating using a non-standard pricing formula. A more traditional type of Guaranteed Cost policy will likely not be offered, not by anyone.

So that's not really the same thing as choosing the insurance products they want.

And there are some insurance companies out there offering insurance products that many employers would not wish to actually purchase if they truly understood the terms of those policies. But because in many states insurance companies can now do whatever the hell they want, including offering Workers Comp programs that don't disclose all the really important terms in the proposal, employers are learning the hard way what caveat emptor really means.

So bottom line, I give the R Street "Insurance Regulation Report Card" an F.
Posted by Ed Priz at 11:49 AM 1 comment: